CMD Recruitment are the leading independant recruiters in the South West. We find the talent to take your company to new heights.

Appointments Of Permanent Staff Rising At A Record Pace 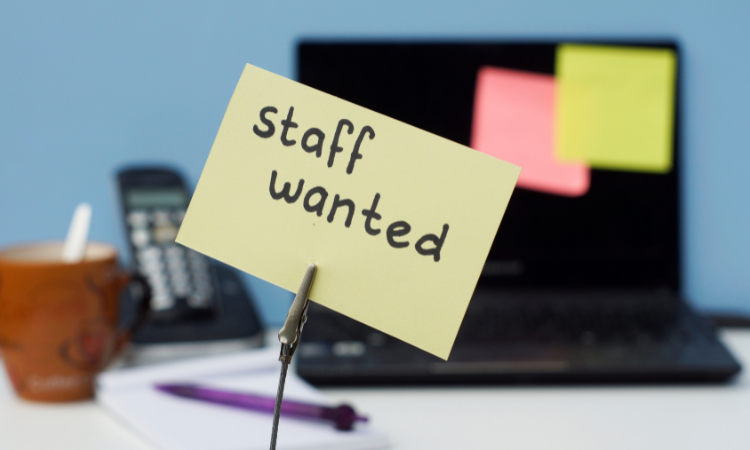 According to the most up-to-date IHS Markit-compiled REC and KPMG UK Report on Jobs survey, appointments of permanent staff have risen at a record pace after further easing of the pandemic restrictions in May.

After COVID-19 restrictions saw further easing last month, more sectors of the UK economy have been reopened, and this has led to a significant increase in the month of may’s hiring activity. Not only have permanent appointments of staff risen exponentially but also the growth in temp billings has been historically sharp. In fact, demand for more workers has grown at the highest rate for more than 23 years.

Meanwhile, though, the reduction in supply of staff has intensified and candidate availability has overall declined at the most rapid rate seen since May 2017. Rising vacancies and reduced staff supply has led to higher levels of starting pay, and both temp pay and starting salaries have expanded at a sharper rate than seen in April.

Thanks to an improved confidence in the market and further reopening of economic sectors within the UK, the sharpest increase has been noted in permanent job placements in more than 23 ½ years. There has also been a rapid rise in temporary billings which have expanded at the most rapid rate for over 6 years.

Staff Demand Has Risen At Almost A Record Pace

The survey data for May has also identified an accelerated and sharp increase in vacancies – the most recent upturn being the most significant since January of 1998. A considerable increase in demand has been signalled not only for permanent staff but for temporary employees too, with permanent employees seeing a slightly higher growth rate.

Partway through the year’s second quarter there has been a gathering pace in candidate availability decline. In fact, the most recent reduction in staff supply overall has been the most significant and rapid for 4 years, and both short-term and permanent candidates have fallen at a substantial rate. Frequently, lower availability of workers has been linked to ongoing uncertainty due to the pandemic together with many staff being still on furlough, a reduction in candidates from the EU, and a resulting reluctance to seek new roles.

Due to the low overall candidate supply and higher demand for staff, the starting pay rates have pushed upwards in May. Permanent staff starting salaries have increase to the highest level since September of 2018, while inflation in temporary wages has hit an almost 2-year high.

The greatest increase in appointments of permanent staff has occurred in the North of England when all four English monitored regions are compared, although sharp growth rates have also been noted elsewhere. The greatest rise in temporary billings was also noted in the North of England, with the South following close behind. Meanwhile in the Midlands, a relatively modest growth rate was seen, with billings being mostly stagnant in the capital.

The private sector has seen vacancies continuing to rise more significantly than in the public sector, and the fastest increase in demand has been noted for permanent employees within the private sector. Demand for permanent employees saw its softest growth within the public sector but the upturn, nonetheless, remained sharp overall.

Across all 10 monitored job categories, demand was seen to rise for permanent staff in May. The greatest increases in staff vacancies were noted in IT and Computing fields as well as in Hotel and Catering. Meanwhile, retail saw the lowest demand expansion.

Survey data from May also indicated that the increase in vacancies for temporary staff has been broad-based, with Blue Collar occupations seeing the sharpest rise in demand. However, across all other 9 monitored job categories marked increases have also been seen.

What Does The Data Indicate?

The recent survey results indicate that the job market appears to be buoyant, and this momentum must be maintained in order for businesses and the economy overall to bounce back fully. Just take a look at our job page to see the full list of our current vacancies. However, the increase in the deterioration of staff supply and reduced candidate availability is a very worrying trend which sends a clear message: Recruiters and businesses must work alongside the Government to address the existing skills gap urgently by supporting employees and candidates alike to reskill, upskill and move to new roles.

Opportunities nationwide cannot be levelled up and recovery cannot be achieved from the COVID-19 pandemic unless this occurs. The labour and skills shortages which were already present in the country have been brought into sharp focus now that demand has spiked and the pandemic has only served to worsen those shortages. Employers need to now think about ways of attracting the staff that they require, perhaps by re-examining the benefits and wage packages that they offer, or by addressing the demand for hybrid and flexible work opportunities.